The Happiest of Holidays!

With your help, 28 local families were served with holiday blessings!  We received this message today from one of the families in our program: “We thank you, we love you, Merry Christmas and Happy New Year from our family.  We didn’t know how the kids were going to have Christmas and now you have made all 5 children very happy.  What else can we say besides Thank You!”

Thank you to the following Holiday Partners!

Kids First of the Carolinas

and many Local Community Members who donated gifts, warm winter items and gift cards to make this the best holiday yet for the families in our program! 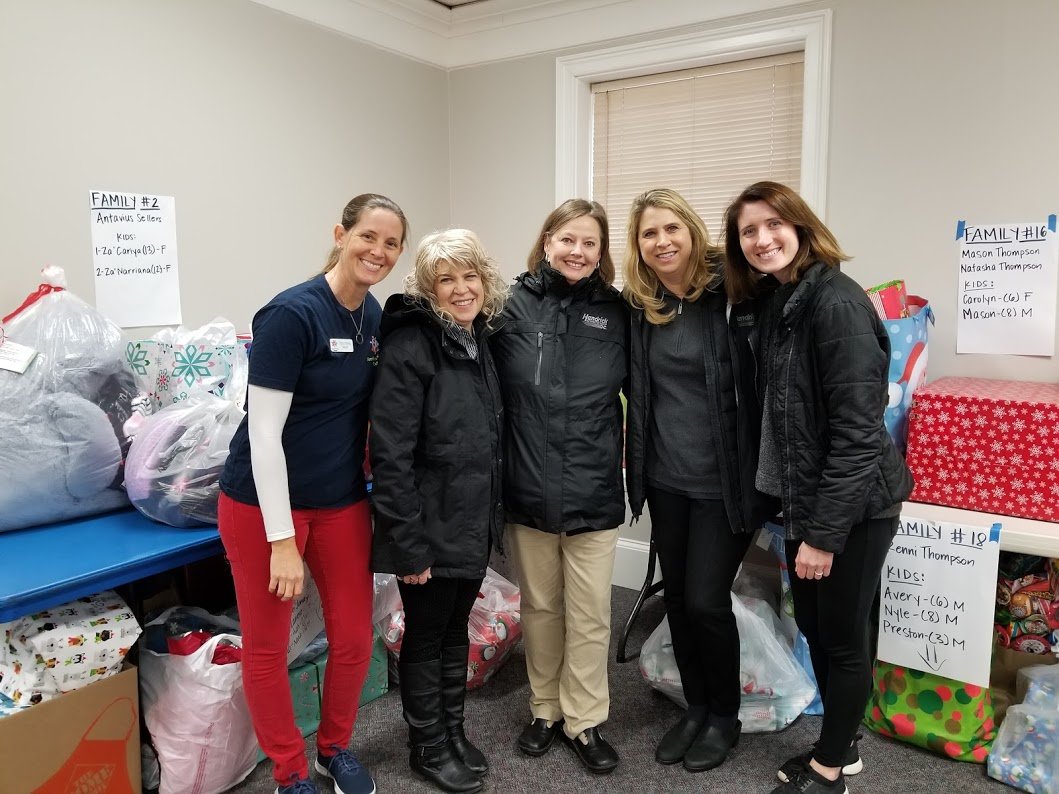 Providence Baptist Church allowed us to use their space as our headquarters during donation drop offs, organizing, and distributing.  Church members donated gifts and gift cards for the adults in the program, helped wrap donated jackets, and organized and loaded the gifts. 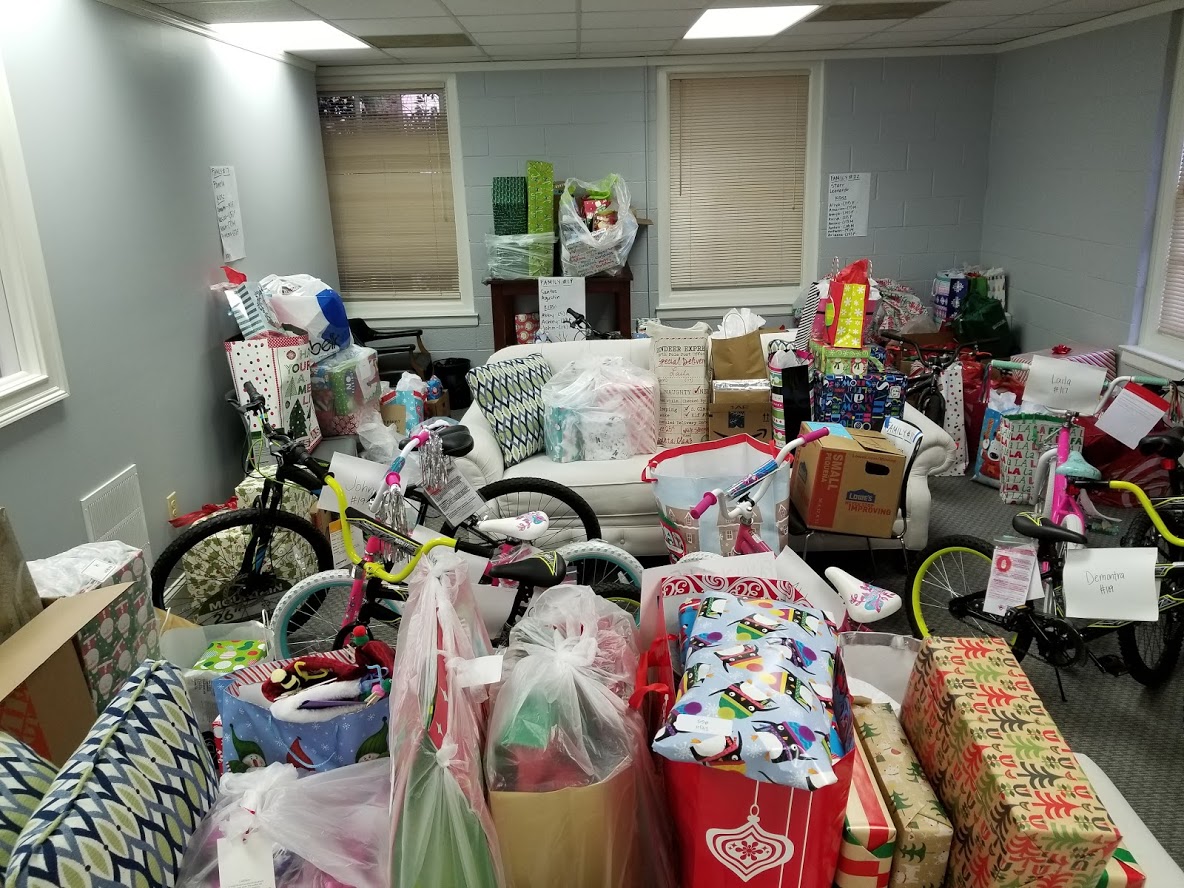 Kids First of the Carolinas donated 28 new bicycles and are throwing a holiday party for the families we serve. 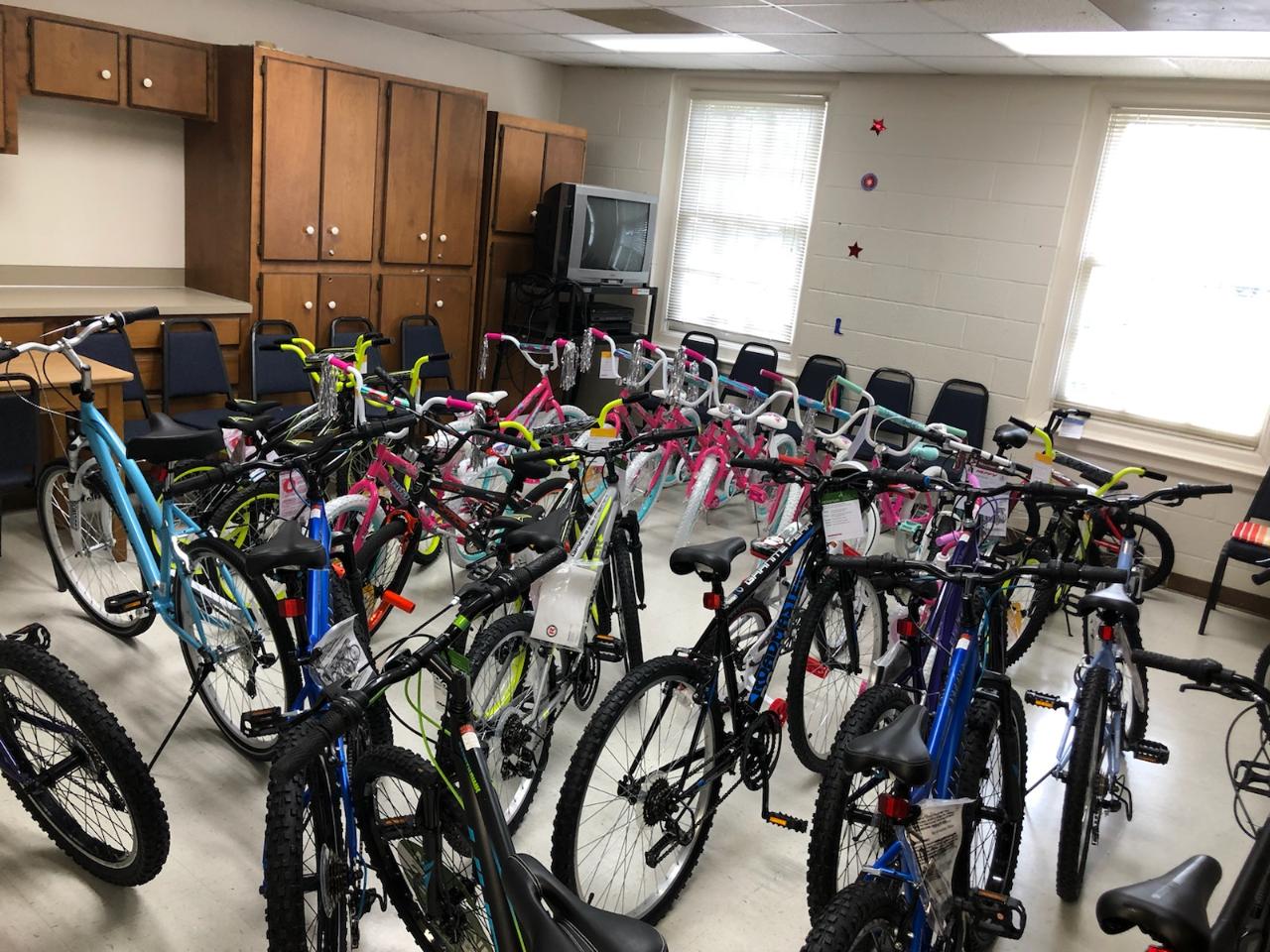 Deacon Foodservice Solutions, LLC donated 30 boxes full of holiday food and a $25 gift card for fresh items so every family could have a holiday meal. 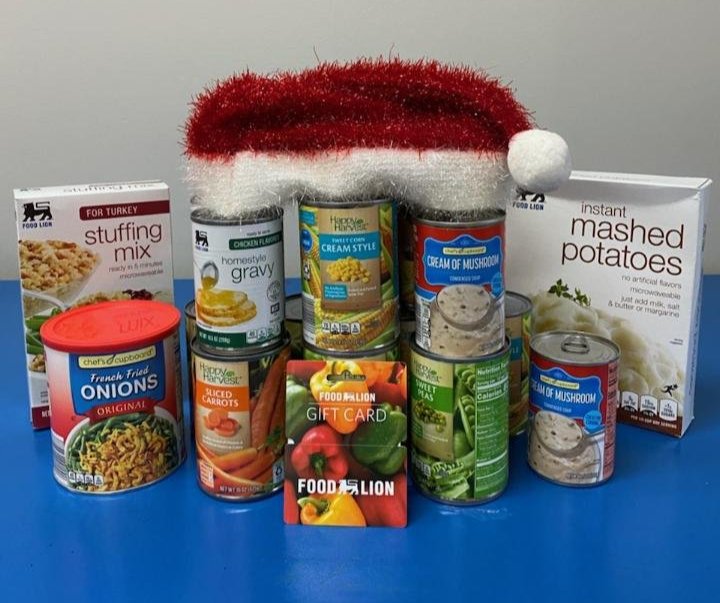 XO by Jessica, and her network, embroidered and packed 75 stockings! The personalized touches mean so much to the families in our program. 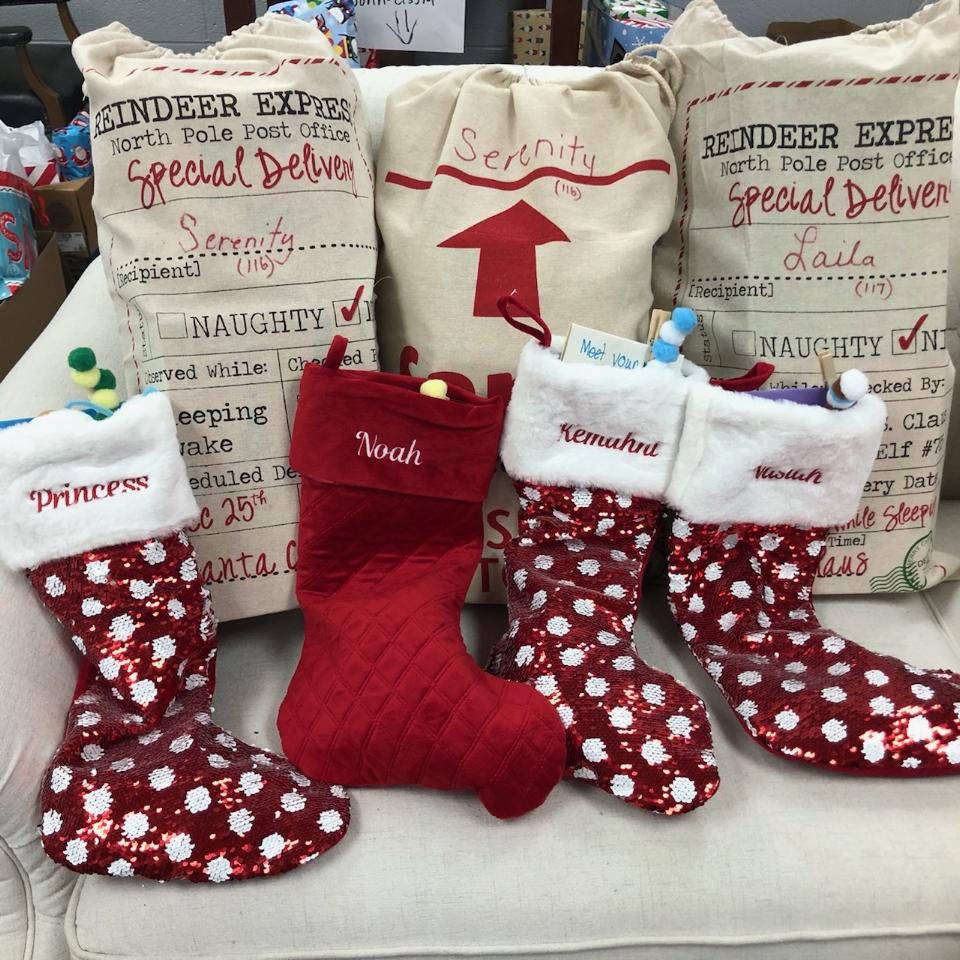 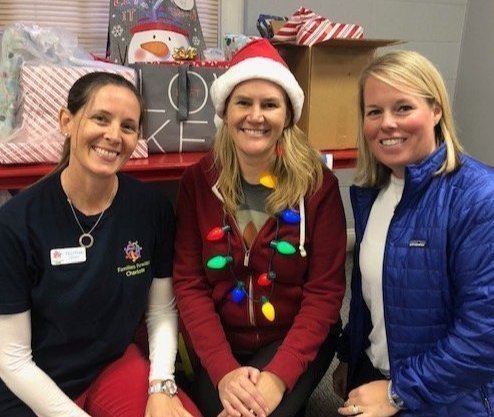 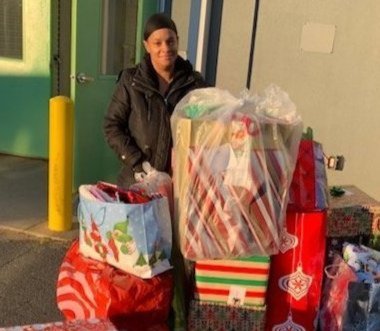 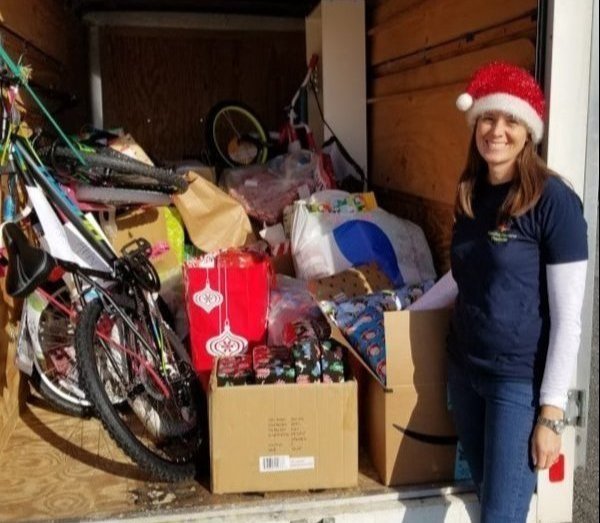 It’s Not Too Late To Give!

You can become a monthly partner of Families Forward Charlotte and help families throughout the year by going to our donation page and making a monthly commitment. Providing holiday items to local families is just one of the many things we do throughout the year with our Family Assistance Program your support in the coming year is crucial to our success.

With each pledge you make to Families Forward Charlotte, you are directly helping a family overcome an obstacle that is holding them back from breaking the cycle of poverty. No donation is too small to make a difference. Please donate today to make a difference in someone’s life. 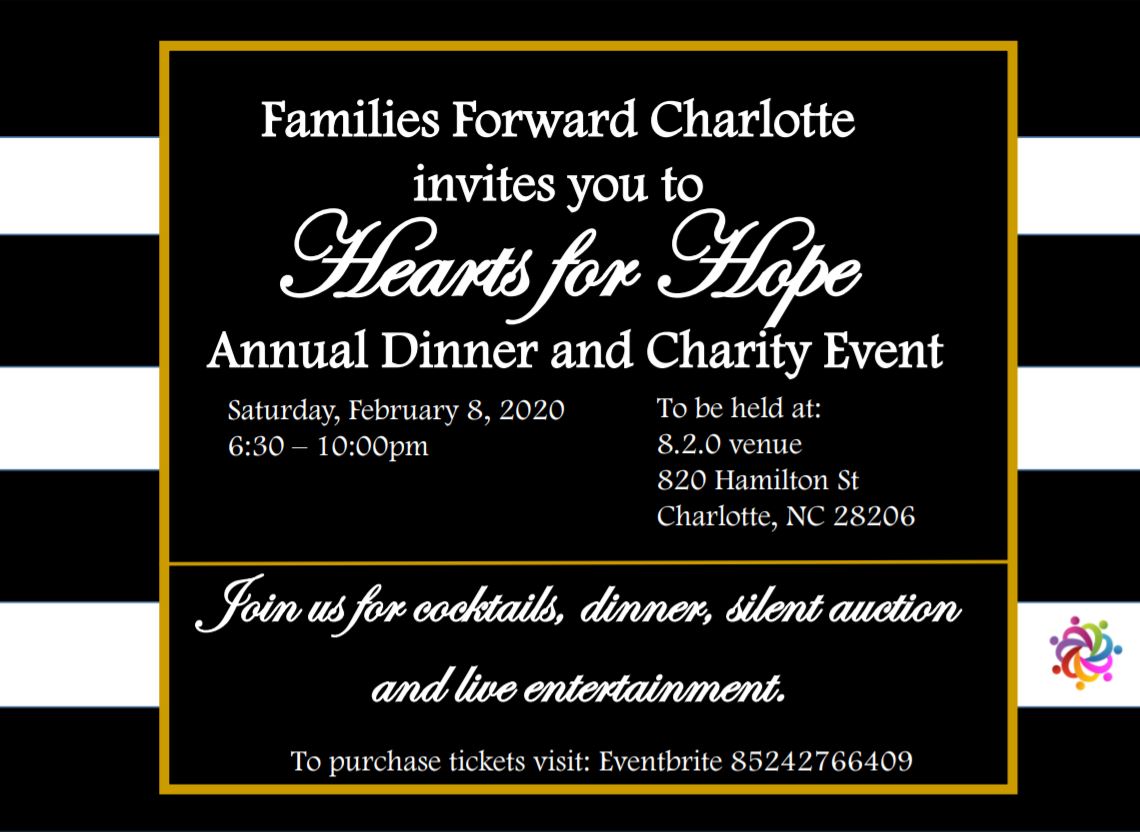 Our annual Hearts for Hope charity event is February 8th!  Join us for a special evening with dinner, drinks, a silent auction and live DJ.  Early bird tickets are only $75!

For more details and to buy your tickets today click THIS LINK!

In 2015, Deja’s husband tragically passed away from a rare form of cancer, leaving her and her 3 children to fend for themselves. Deja was understandably devastated and had the weight of the world on her and the stress eventually got to her. One night, almost a year after his death, Deja made the mistake of drinking and driving – she didn’t even normally drink – but this choice branded her with felony convictions and 3 years probation. Remorsefully, Deja took responsibility, did her short stint in jail, and began rebuilding her life. She was released from probation 7 months early, but the damage was done… the felony prevented her from renting anywhere, which eventually left her and her children homeless.

We met Deja in July 2019 – she was referred to us by the staff at her children’s school and we set up a meeting. Deja told us that she was nervous for that meeting – she was worried that if she said the wrong thing she would lose her kids – but she eventually disclosed that they were homeless, living in their vehicle and parking at rest stops at night. Deja was trying to work, maintain her probation requirements, get the kids to school, and somehow provide food and peace for her children who had already been through so much. They had to leave their last apartment because it was filled with mold, roaches and bed bugs. Deja had no choice but to live out of her car when she didn’t have family she could call on or the funds for a motel. After hearing her struggles, we provided some basics to Deja on the spot and promised her we would get them out of their car as fast as possible. We quickly got them into a hotel so their family could have somewhat of a stable place to stay while we got them matched with their Family Liaison (mentor).

The plan was for our family partners (Deja’s family) and their assigned Family Liaison (mentors), to meet for the first time at our September 2019 kickoff/workshop. In this urgent situation we put out word to our liaisons from Sardis Presbyterian Church that we needed someone to start early, and Niki and Brady Koesel responded quickly that they could.

We can’t imagine her having better liaisons. They truly took a no-judgement and “meet you where you are” approach to Deja’s situation and over a short time, Deja found that she could rely on Niki and Brady to be there for her. Niki even left work in the midst of meetings to console Deja when she felt like giving up. Niki and Brady took a leap of faith and got Deja a job interview through a friend of theirs – Deja got the job! But finding a way to get her family housed remained the biggest obstacle. Every turn, they hit a brick wall because of Deja’s past. After combing through information online, making calls to housing organizations, and even trying to find private renters to no avail, Niki reached out to a friend who connected her with RunningWorks and this is where things really took a turn for the better…

RunningWorks graciously set up a meeting with Niki and Deja where they told her story that resonated with the organization which works with homeless men and women to eventually get them housed through their program. They got Deja approved for housing through their partners! Waiving the security deposit, subsidizing her rent, and providing some essentials to her family so they could quickly get settled – they were an answer to prayers!

FFC also picked up some of the monthly subsidy, reached out to solicit donations from our community, filling many cars and trucks full of home goods for her family, and coordinated her furniture selection and delivery through Furnish for Good so this family could finally have the peaceful and secure home they deserve.

FFC is grateful for the many organizations and individuals that contributed to this success story! Niki and Brady are our heroes for their persistence throughout this process, and Deja is a rock-star for her ability to keep plugging forward with all of the obstacles thrown her way. She approved of us sharing her story saying, “I want people to read my story so they know not to give up”.

Backpacks filled with school supplies as well as holiday presents and meals were provided to families.

Family Liaisons are able to request up to $1,000 in financial assistance for their partnering families based on needs to help the family break through barriers to success.

Twenty-five families, including 70+ children, were referred by Hornets Nest Elementary and Oakhurst STEAM Academy and matched with Family Liaisons. Families connected with their Liaisons through in-person meetings, text, email and/or phone calls.